Robin Harbage · August 9, 2019 · 7 min read
Where did telematics start, how has it been adopted, and where is it going? We asked insurance industry expert, Robin Harbage, about the trends he's seeing.

The start of leveraging telematics in the insurance industry goes back farther than most people think. I first started working with telematics initiatives in 1996, saw the first “plug-in” devices in vehicles in 2001, and the first mass-market telematics devices launching in 2007.

By 2011, most of the top 10 insurance carriers leveraged telematics devices within vehicles to some degree.

Then in 2013 and 2014, the telematics industry exploded. I counted about 300 different companies that were trying to develop telematics plug-in devices or services. At this time, the technology and processes were so diverse.

What’s more, installing OBDII dongles in personal vehicles has always been difficult. It requires the insured to engage in an extra step; that is, they need to make the effort to have a foreign device installed in their beloved vehicle. This has always created friction.

The insurance industry had to overcome these challenges before telematics could become a useful tool.

Thankfully, they didn’t have to work on this problem for long. The use of smartphones changed everything.

How Smartphones Accelerated the Success of Telematics

At this point, the companies that had been working with telematics technologies had been doing so for a while and had learned how to make it work consistently at scale.

At the same time, the advent of smartphone apps for telematics data collection significantly improved the process. Downloading and using apps became a familiar step for almost all consumers who have a smartphone. And people with smartphones were becoming more accustomed to allowing their phone to “track” them. People still give up their locations all the time in order to receive more precise and meaningful information about their surroundings.

The request seemed reasonable to consumers so long as they receive a perceived value from the proposition. All that insurance and telematics companies had to do was develop an app and a process to educate the consumer and encourage them to opt in to their telematics program.

Developing a Process that Works with Consumers

Even though the smartphone made the transition easier, consumers have still been somewhat resistant to having big companies track them.

Note the motivation for consumers is stronger for those who expect a discount because they view themselves as safe drivers. This has always provided a self-selection bias to benefit underwriting and still does today.

After only one or two trips, consumers can see that the program is working: they can see where and when they are braking hard, where and how far they drive, what their resulting driving score is, and what kind of discount may be achieved.

Putting the power of a discount in their hands can be a highly attractive differentiator, especially for younger people who frequently shop around for the best rates from an insurance carrier.

Where We Are Today with Telematics

Smartphone technology has made telematics more ubiquitous, insurance and telematics companies have scaled and fine-tuned their systems, and industry leaders are reaping extensive growth and profits from telematics products.

Overall, the entire personal auto insurance industry is still losing money, but for larger, competitive insurance companies, earnings have been phenomenal, and telematics is part of that.

For the companies that have been working with telematics for some time now, they have an advantage over those that have decided to be “fast followers.”

Here are just a few of the advantages of starting early:

An advanced telematics program takes a long time to set up from scratch, yes, and I know some companies are getting anxious about that. It’s difficult to get up and running on your own, but it’s not too late.

To be a significant player in the telematics space, start now. You may expect two to three years to set up an effective telematics program, but you won’t be ready any sooner if you wait until next year to start.

Overcoming the Challenge of the Telematics Start

The technology and data collection through IoT aren’t core strengths for most insurers, let alone manipulating the data and developing processes to convince a consumer to participate in a telematics program.

To accelerate your progress, I recommend partnering with an organization that has been doing this for a while and has experience within the insurance space. I tell insurers to do those tasks that you are great at and find great partners to handle the technology that isn’t their core strength.

Leveraging a telematics resource that has experience in the insurance industry can help the insurance carrier focus on doing what they do best while supporting efforts in a variety of ways:

From Telematics to Relationships

The telematics “trend” started more than 20 years ago and has experienced some tremendous improvements over that time. Smartphone technology and adoption have made telematics programs more acceptable to consumers, and they are more comfortable with their behavior being monitored in exchange for a benefit or service.

It’s a good time for insurance carriers to be looking ahead at all the ways these one-on-one connections can help deepen their relationships, expand their services, and improve their margins. That’s the future. 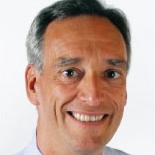 Insurance companies have long relied on demographic and credit data to price, but adding telematics into the equation adds a more accurate level of pricing.
4 min read
Telematics

Why insurers need to monitor, measure, and manage distracted driving

Gary Hallgren and Brian Sullivan sat down to chat about the state of distracted driving and how insurers can leverage mobility data to make the roads safer.
6 min read