You can’t just flip a switch: collaborating toward our smart city future

Gary Hallgren · July 10, 2018 · 5 min read
As the hype builds around autonomous vehicles, it’s important to remember, just like traffic information, we will not go from zero to utopia overnight.

Way back when, in the early ’90s, after I graduated from the University of Minnesota, I was hired as a civil engineer in Minneapolis. Part of my role included working in a traffic management center. Whenever a vehicular crash happened, we had to know — based on a variety of factors — whether to alert the city police, the county sheriff or the state highway patrol. It was a challenging task, that required total commitment from each municipal agency to clearly communicate to deploy and coordinate the proper response to each mission critical situation.

The other part of my job was to perform operational field tests in a federal program called at the time – the Intelligent Highway System. The goal was to use the latest in private sector technology to advance traffic information and improve transportation for society. The project I managed involved augmenting the department of transportation infrastructure with technologies from Volvo, Ford, and Seiko.  Is this starting to sound familiar?  As we fast forward, the work that was started in the 90s led to the great traffic information that we all consume now from HERE, Inrix, Google and Apple.

Connected cars, autonomous vehicles and flying rideshare cars – it’s clear that transportation is quickly evolving. But we are a long way from both the technology and the infrastructure to be ready for mass adoption, there is a lot of work to do. As the hype builds around autonomous vehicles, it’s important to remember, just like traffic information, we will not go from zero to utopia overnight.

Getting Jurisdictions to Work Together

How municipalities (states, counties, cities, towns) work together is guided by a way of working that has evolved over a long period of time. As we start to think about the interconnectivity of the modern smart city, linking multiple counties and several cities as well as the inclusion of additional private sector entities, it is a daunting task to figure out how we make that complicated dynamic work effectively. For a start, getting commitment at the federal, state and city level to share research and resources, and effectively collaborate with industry to begin planning and building the smart, interconnected infrastructure that we need to support these new modes of transport will be key.

A Recipe for Progress – Encourage, Enable and Learn from Early Experimentation

In 1891, President Benjamin Harrison was the first president to install electric lighting in the White House. But for fear of being electrocuted, he never touched the light switches himself; his domestic staff would operate the light switches exclusively. More than 135 years later, the lesson is the same: We need to test and learn in the real world whenever possible, put aside our fear of the future and embrace technological change.

As we work to make the promise of a smart city real, we know that we can’t just “flip the switch.” The public sector and private enterprise need to collaborate and create and nurture an environment that is both safe and experimental. We won’t get it 100 percent right initially, but we can’t wait until we have the perfect plan that is neither possible nor productive. Don’t get me wrong — I’m in no way advocating for a move-fast-and-break-stuff kind of approach. But we need to analyze and learn from what happened recently in Arizona, as well as the efforts Pittsburgh, Nevada and Boston to gain the insight that we need to determine the right path forward.

As we dream of the transformative possibilities of the smart city, it’s also important that we have realistic expectations of these initial first steps with the understanding that proper rules and regulations are best when they are implemented in a measured, pragmatic fashion. It’s this kind of thoughtful regulation that will provide the ‘guardrails’ to minimize large-scale infrastructure failures, which will enable everyone to learn and evolve from the results of their controlled and collaborative experiments.

Everyone Come Together to Listen and Learn

There is a very complicated intersection between various municipal jurisdictions, and it is impossible to think we can improve our infrastructure if we don’t first have a commitment from public and private participants to work together. This will be one of the central challenges to transforming our collective vision of smart cities and autonomous vehicles into a reality. It’s going to be a long, hard road, one that’s much more complex and complicated than we anticipate. We all need to get much better at coordination and collaboration amongst ourselves. This is not about debating over who owns which lane or dataset or jurisdiction—we need to facilitate and foster real, inclusive communication that will enable our cities and infrastructure of today to be ready for the transformational transportation technologies of tomorrow. 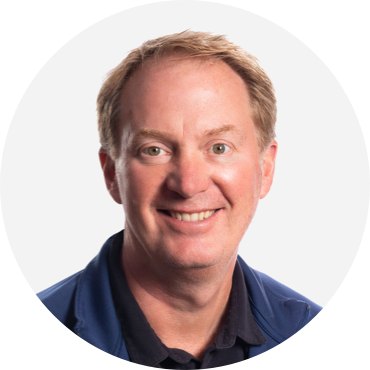 Gary Hallgren discusses the future of transportation and more specifically how to get jurisdictions to work together to make smart cities a thing.
4 min read
Driver Safety

With April being Distracted Driving Month, Arity believes that the time has come for real and urgent actions.
6 min read
Telematics

Take the wheel and take control

The insurance industry is on the brink of disruption. To succeed, insurers must find innovative ways to measure risk and engage drivers.
3 min read