Gary Hallgren · April 3, 2018 · 7 min read
With April being Distracted Driving Month, Arity believes that the time has come for real and urgent actions.

The month of April signifies the arrival of several things, including the hijinks of All Fools’ Day on the first, the beginning of the baseball season (Go Cubs!), as well as the dreaded ‘Tax Day’ on the 15th. However, April is also Distracted Driving Awareness Month, an issue that has become a major challenge for every driver as well as anyone connected with the automotive and transportation industry. At Arity we believe the time has come for real and urgent action.

Earlier this year, the National Safety Council announced that for the second consecutive year motor vehicle deaths in 2017 topped 40,000, an increase of more than 25% from a low of 32,000 in 2011. Alarmingly, research has found that talking on a cell phone behind the wheel quadruples a driver’s risk of an accident, and that risk doubles if the driver is texting.

Here at Arity we are taking on the issue of distracted driving in a hyper-focused way. With more than 10 years collecting data directly from cars and mobile phones, we’ve analyzed nearly 35 billion miles of driving data for an unparalleled understanding of how distracted driving impacts our society. We are sharing these insights to help consumers and companies alike understand that distracted driving is an issue that affects every single driver and passenger in America. And that every driver is part of the solution and we need to empower them with the tools and technology that they need to prevent distracted driving in their vehicles, as well as those around them.

While millions were glued to their televisions and devices, deeply involved in the madness happening on college campuses and arenas throughout March, Team Arity was creating a new kind of competition to illustrate the madness that is distraction happening on the roads. In the spirit of the big tournament, we held a Stack Up of our own to identify the least distracted drivers in college towns across the country.

Like the big basketball tournament, aka the ‘Big Dance,’ Arity’s first annual ‘Distracted Driving Stack Up’ allowed the most passionate basketball fans to watch the final ‘Safe Sixteen,’ including #AnnArbor, #Lawrence, #Gainesville & #EastLansing, go head to head in the name of safety. Our final matchup between Gainesville and Charlottesville was a swampy, muddy battle and appropriately the men and women from Gator Country triumphed! Appropriately the city was once named by one of ‘best places to live and play’ in the US, big kudos to the drivers of Gainesville for keeping their eyes on the prize as well as the road! 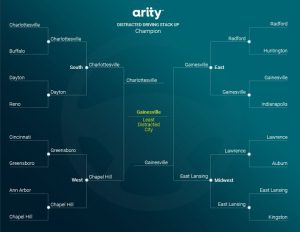 Reality v. Perception: Drivers Need to Look in the Mirror

Recently Arity collaborated with Murphy Research on a distracted driving study. This is part of a larger effort here at Arity to better understand how we move through our lives. What it reveals is that while we are aware that distraction on the road is a real issue for all of us, we have been slow to recognize the part we each play and how each of us can do better to reduce risk on the road. Personally, I see it as an insightful way to map our individual narrative, one telling stop at a time that reveals a bigger picture in aggregate. To that end, some of the findings of the study were very telling, here are the highlights:

In the end, the personal perception of a majority of US drivers believe that they can operate a car safer than their fellow motorists, but the unfortunate and sometimes fatal outcomes reveals that this perception is false. We all play a part in this kind of risky behavior and every one of us needs to act immediately. The text from your mom that you just have to read, the snap from your roommate that you know is hilarious, or the email you urgently want to send out while behind the wheel can wait, it MUST wait. And if that’s not enough for you to put the phone down, perhaps a financial incentive might be.

Knowing is Half the Battle: What’s your Score?

There’s so much more we can do. Tens of millions of smartphone users are on the road every day in the US and their devices provide real time access to the raw material needed to truly understand situational driving risk. Access at that scale provides for powerful personal perspective; wouldn’t you want access to those insights? As a company, all of us at Arity are devoted to the ethos of turning that kind of raw material into insights and using those learnings to create smarter drivers and safer roads for everyone.

In February we launched the industry’s first driving score to include a distracted driving insight informed by claims data. The Arity Driver Score is a unique solution that jointly analyze drivers’ physical on-the-road mobile phone usage and corresponding claims data. This combination generates credible insight on how distracted driving not only increases risk of accidents on the road, but this is the closest offering available yet to correlate phone usage with actual loss. Up until now insurers have had to guess how much an accident caused by distracted driving would cost – guess no more.

But it’s more than just about a discount. We encourage insurers to share with customers their individual driving behavior insights to motivate and reward them for more focused driving habits, making the roads both safer and smarter for everyone.

At our core, combatting a major challenge such as Distracted Driving is exactly why Arity was created by our parent company Allstate. It is our mission to place a very powerful, data-driven mirror on the transportation challenges of our times. What we learn from these efforts may be disappointing, such as the distracted driving study findings, but that is not a bad thing in any way. These are the revealing insights that will empower not just Arity, but the whole ecosystem to begin to tackle and solve these challenges together. 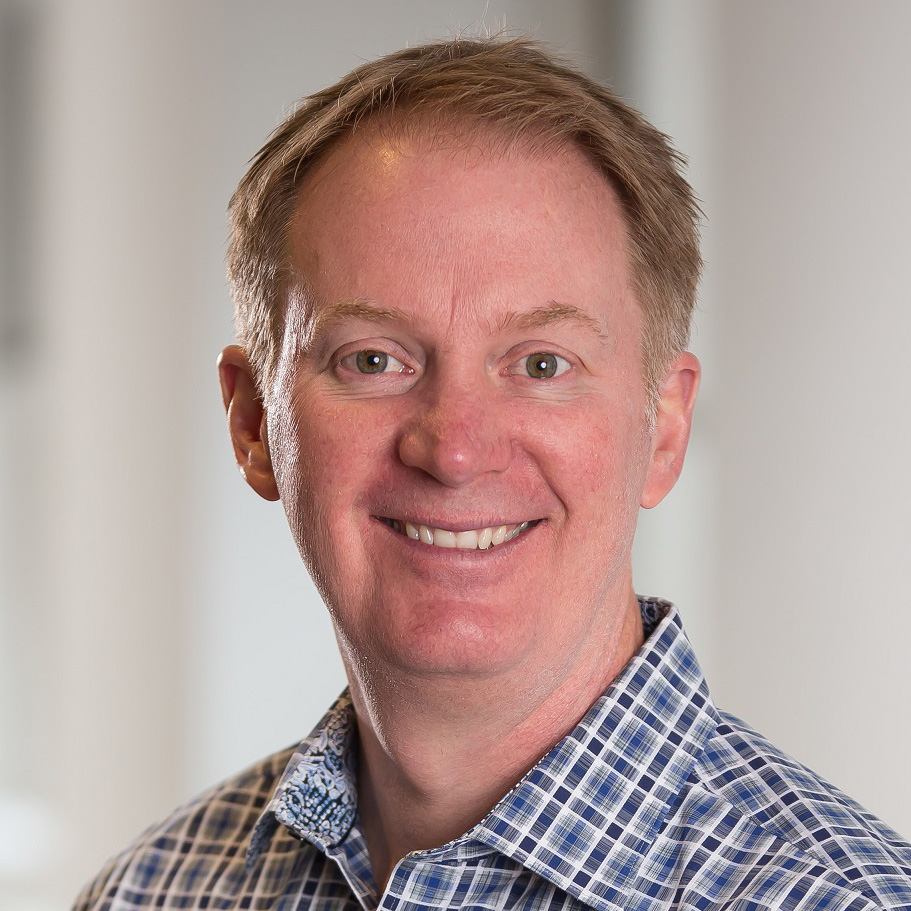 Rideshare as we know it has been around since 1910 and there is a significant, thematic correspondence between what it was then, and what is it today.
7 min read
Driver Safety

With April being Distracted Driving Month, Arity believes that the time has come for real and urgent actions.
7 min read
Connected Car

A massive amount of capital has been invested in the connected car era and that is not limited to vehicles. But do consumers want or need these technologies?
2 min read