Kyle Schmitt · October 18, 2018 · 5 min read
The percentage of losses attributed to distraction over the last several years has tripled, costing the industry an estimated $9 billion annually.

For anyone involved in vehicular transportation, it’s accepted that distracted driving is a deadly problem that needs continued attention. Earlier this year, the National Highway Traffic Safety Administration (NHTSA) published a detailed research report on Distracted Driving in 2016. According to the NHTSA’s statistics:

Notice that teen drivers are the largest proportion of drivers who were distracted at the time of fatal crashes. However, a recent Arity survey shows that millennials are significantly less likely than the general population to say that “I never multi-task while driving” (48% vs 57%). What does this say about that demographic? With National Teen Driver Safety Week approaching at the end this month, it’s important to fuel this age range with the danger that distracted driving imposes on them.

Here at Arity, we used our own data to compare the rate of smartphone penetration in the US, with distracted driving activity of telematics users and industry losses. Our research goes a step further to demonstrate that this problem is only getting worse. The percentage of losses attributed to distraction over the last several years has tripled, costing the industry an estimated $9 billion annually.

The insurance industry has taken a multi-pronged approach to reduce distracted driving. In addition to high-profile campaigns designed to raise general awareness of distracted driving, such as AT&T’s #ItCanWait initiative, distracted driving solutions have been developed by insurance providers, OEMs and sharing economy and telecommunications companies.

As these solutions get closer to reality, there are a few core elements to consider. Here is a five-step process for the creation of a superior recipe for distracted driving detection:

At Arity, our mission is to make transportation smarter, safer and more useful for everyone, and understanding and eliminating distracted driving is central to why the company was founded. What’s important is that we don’t see this solely as a technical problem. Aside from understanding the true behaviors that are causing insurance loss, we must also provide a meaningful experience to the driver to eliminate the behavior. It’s important that we don’t stop learning and experimenting; there’s so much more we can do to #enddistracteddriving. 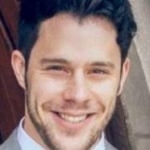 With April being Distracted Driving Month, Arity believes that the time has come for real and urgent actions.
7 min read
Telematics

Insurance companies have long relied on demographic and credit data to price, but adding telematics into the equation adds a more accurate level of pricing.
4 min read
Data

Why mobility data is the cure for the distracted driving epidemic

Originally posted on LinkedIn, Katie DeGraaf, shares her thoughts on the Distracted Driving epidemic and how data can help solve the issue.
5 min read